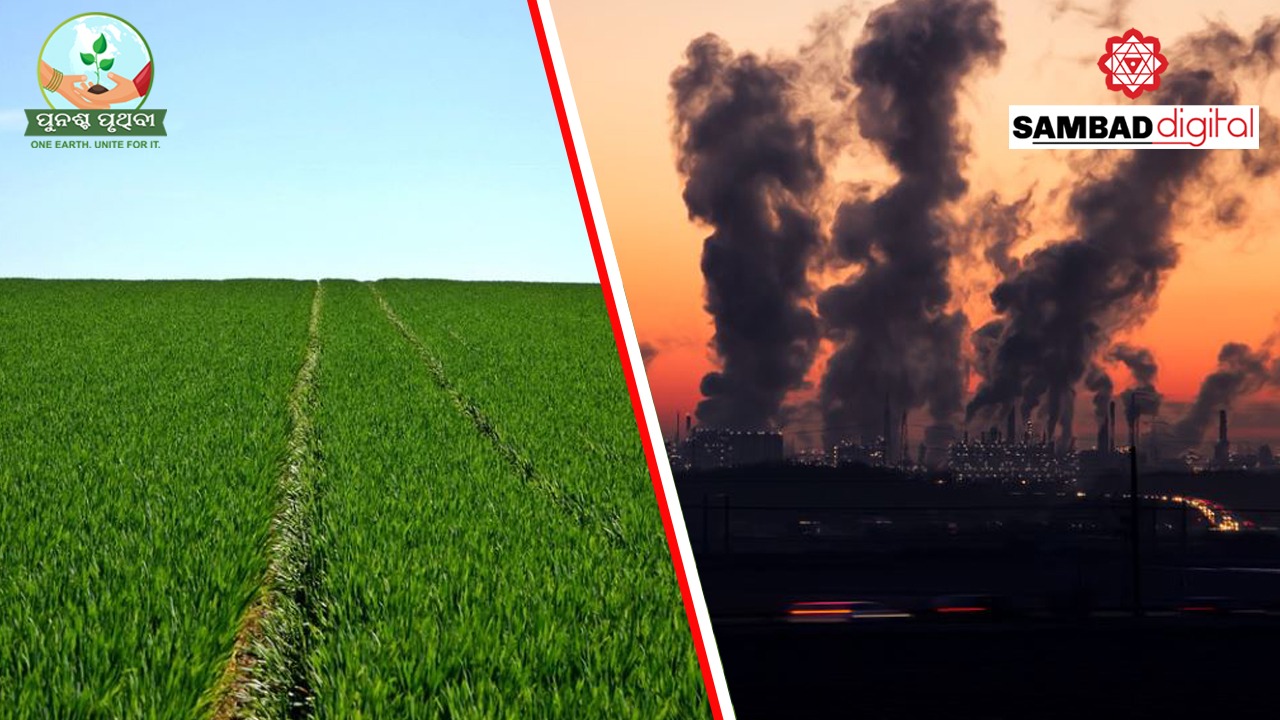 Bhubaneswar: Understanding greenhouse gas (GHG) emissions will help us understand the cause of global warming and climate change as well as deal with the climate crisis.

While most GHGs are of natural origin, human activities have also led to a problematic increase in the amount of GHGs emitted and their concentration in the atmosphere. This increased concentration, in turn, can lead to adverse climate effects, such as the increased frequency and intensity of extreme weather events, including floods, droughts, wildfires and hurricanes.

The United Nations Environment Program’s Emissions Gap Report found that if we do not halve annual GHG emissions by 2030, it will be very difficult to limit global warming to 1.5 ° C per year. compared to pre-industrial levels by the end of the century. If the level of GHG emissions remains at this level, the world will experience a global warming of 2.7 ° C by the end of the century compared to pre-industrial levels.

What are the main greenhouse gases?

Coal, oil and natural gas continue to power many parts of the world. Carbon is the backbone of these fuels, and when burned to generate electricity, power transportation, or provide heat, they produce CO2, a colorless, odorless gas.

Human-caused nitrous oxide emissions come largely from agricultural practices. Bacteria in soil and water naturally convert nitrogen to nitrous oxide, but fertilizer use and runoff add to this process by releasing more nitrogen into the environment.

What are the other greenhouse gases?

Fluorinated gases – such as hydrofluorocarbons, perfluorocarbons, and sulfur hexafluoride – are GHGs that do not occur naturally. Hydrofluorocarbons are refrigerants used as alternatives to chlorofluorocarbons (CFCs), which have depleted the ozone layer and have been phased out thanks to the Montreal Protocol. The other gases have industrial and commercial uses.

While fluorinated gases are much less common than other GHGs and do not deplete the ozone layer like CFCs, they are still very potent. Over a 20-year period, the global warming potential of various fluorinated gases is 460 to 16,300 times greater than that of CO2.

Water vapor is the most abundant GHG in the atmosphere and is the largest contributor to the greenhouse effect overall. However, almost all of the water vapor in the atmosphere comes from natural processes. Human emissions are very low and therefore relatively less impactful.

What is the greenhouse effect?

The Earth’s surface absorbs about 48% of incoming solar energy, while the atmosphere absorbs 23%. The rest is reflected in space. Natural processes ensure that the amount of energy entering and exiting is equal, keeping the temperature of the planet stable.

However, GHGs, unlike other atmospheric gases such as oxygen and nitrogen, are opaque to outgoing infrared radiation. As the concentration of GHGs in the atmosphere increases due to human-made emissions, energy radiated from the surface is trapped in the atmosphere, unable to escape the planet. This energy returns to the surface, where it is reabsorbed.

As more energy enters than comes out of the planet, surface temperatures rise until a new equilibrium is reached. This increase in temperature has long-term climatic impacts and affects a myriad of natural systems.

What can we do to reduce GHG emissions?

Switching to renewables, carbon pricing and phasing out coal are all important elements in reducing GHG emissions. Ultimately, stronger Nationally Determined Contributions are needed to accelerate this reduction in order to preserve long-term human and environmental health.

UNEP presented its six-sector solution, which can reduce 29 to 32 gigatonnes of carbon dioxide by 2030 to reach the 1.5 ° C warming limit. UNEP also maintains a “Climate Note” online, a tool that visualizes the changing state of the climate with a 1990 baseline.

By making choices that are less harmful to the environment, everyone can be part of the solution and influence change.

[This story is a part of ‘Punascha Pruthibi – One Earth. Unite for It’ awareness campaign by Sambad Digital.]